How To Reach Ace In PUBG Mobile Fast? These 5 Tips Can Help

PUBG Mobile Guides Mahula - Sep 04, 2020
How to reach Ace in PUBG Mobile fast is a question of many gamers and especially rookies. Check out these 5 tips to help you easily reach the Ace rank.

How to reach Ace in PUBG Mobile fast is a question of many gamers and especially rookies. In addition to performing well in your survival war, there are many tips to help you easily reach the Ace rank when playing PUBG Mobile game.

5 Ways of How to Reach Ace in PUBG Mobile Fast

1. Only Play Sanhok or Vikendi Map

It seems a bit boring when you have to play a map over and over, but if you want to increase your rank, you only have to play this map. Having the smallest area in the current 4 maps of PUBG Mobile (Erangel, Miramar, Sanhok, Vikendi), Sanhok's tempo will be faster than all 3 maps. 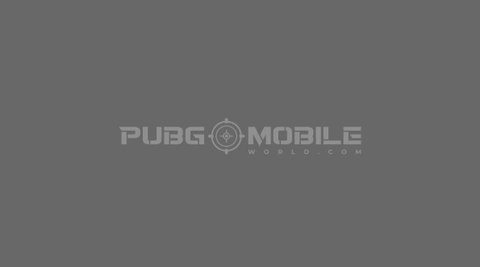 Normally, in Erangel or Miramar, the player will have about 35 minutes per game, but in Sanhok, this time will be shortened to 25 minutes. With fast-paced gameplay, fast-focused players can choose Sanhok to play.

Or you can choose the recently updated winter map Vikendi to "change the flavor", the size of Vikendi is between Miramar, Erangel, and Sanhok with an area of 6x6km. With a combat pace just a bit slower than Sanhok, the winter terrain of Vikendi is also worthwhile for gamers to choose to increase their rank.

PUBG Mobile has two main game modes: Classic and Arcade, and for those of you who don't know, or don't care about increasing the rank, playing Arcade mode will not affect the ranking of gamers. Many gamers who do not care about rank increases or new players will not notice this.

Only Classic mode will help you get the Rank Point (RP) that you often see in the Royale Pass, in addition to having a rating (Rating) as a basis for ranking the gamers in the game. Since this achievement will determine the achievements of gamers in that Season, so if you want to know how to reach Ace in PUBG Mobile fast, you should only play PUBG Mobile in Classic mode.

3. Focus on Only One Team Mode and View Mode

In addition to choosing Classic mode, you will be able to choose Team mode that is either Duo or Squad. Besides, there are two modes of viewing TPP (3rd-person viewing mode) and FPP (first-person mode), so if you only change a Team mode or view angle, you will switch to playing a new rank.

For example, if you are playing TPP and Squad, then just switch to Duo and you will have to play Duo's rank from the beginning. There is no way that you will bring over the rank of Squad to Duo when playing, so if you want to rise to a higher rank, you should leave what you selected from the beginning.

4. Should You Survive or Fight?

Many players still think that the achievement in the game is based only on the number of kills that you "snatched" in the match, and since many think so, many gamers try to destroy the enemy, although that may have not been necessary. But that's just a part of the ranking, because the system will even evaluate your survival time in that game. And surprisingly, the system only allocates 20% of the review points to defeating the enemy in the match.

The rest is calculated by survival skills and rankings you gain in battle. So, just loot and run in the game is a bit "tedious", but sometimes that's how to become Ace in PUBG Mobile quickly. But if attacked, you still have to "respond" normally.

Just by healing, it will be counted toward survival points and you will rank up faster. But be careful when hurting yourself then healing again. Many cases you have not looted many First Aid Kits or Med Kits but intend to lower your health by jumping from the hill while running off a cliff, and there will be no chance to heal again. Are you going to recover with Bandage? Not enough time.